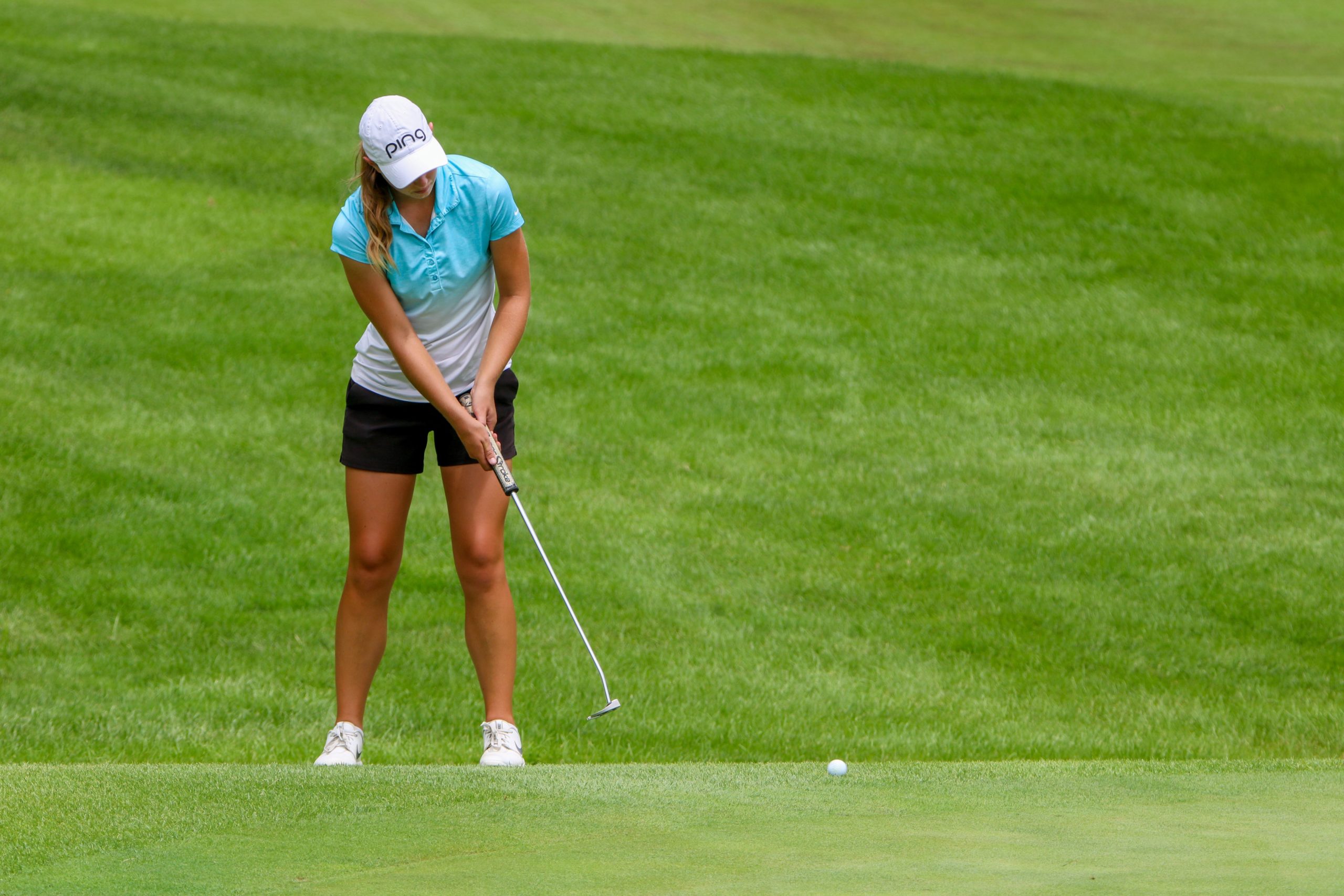 The weather couldn’t stop Rachel Stous from winning The Prairie Invitational on Wednesday.

Rachel Stous, Topeka, was crowned as the 2020 Prairie Invitational Champion. She found herself coming from behind going into today’s round after an uncharacteristic 77 during round one.

The 2019 Player of the Year, opened her round with back-to-back birdies on holes one and two followed by two more birdies on the front nine. As she made the turn, Stous bogeyed hole 11 and followed up with birdies on 13 and 15. On the 17th hole, play was suspended due to weather; the rain delay did not slow her down. Once she was back on the course, Stous held a three-shot lead going into her last hole. Despite a bogey on the 18th hole, she finished her round three-under-par and won by two shots over Audrey Judd.

Judd had three consistent rounds shooting 75-75-73. As a member at Shadow Glen Golf Club, she certainly knew how to play the course. She made an impressive birdie on hole 18 today to finish in second place.

Megan Lucas also made a run for the title during her round. Lucas, a member of the Wichita State Women’s Golf Team, shot even-par today. Lucas shared third place with Katy Winters. Winters, a former golfer at The University of Kansas, also shot even par today. On her back nine, she made three birdies in a row on holes 15, 16, and 17.

Today marked the final round of the Player’s Division. After a great first round, Beth Grant found herself in the lead heading into round two.

“I was thinking that I needed to play an under control and consistent round today. My lead felt great at the time, but I had to remind myself that the tournament was far from over,” Grant said.

Grant and Sheri Rehmer tied after 36 holes with two-day-totals of 164. Grant made a long putt on the 18th hole to send her into a playoff with Rehmer.

“[Making that putt felt] exhilarating, I never felt anything like it before,” said Grant.

They headed back to the 18th tee to begin their playoff. Both hit the green on their third shots. Rehmer had a long putt that she left short and Grant nearly made her 15-foot putt. Rehmer missed her short put coming back, giving Grant the Player’s Title. Grant also won the KC Junior Match Play earlier in July, making this her second Central Links Golf Championship Title of the summer. This marked the first playoff in Player’s Division history.

Although Rehmer did not win the Gross Title, she did take the crown in the Net Division. “Today I just wanted to strike the ball well. Playing against myself. My drives put me into a position to attack most holes,” Rehmer said.

Madison Slayton shot 68 yesterday giving her the lead going into round two. This morning she had a few bogies but made up for them on her back nine, shooting 78. She is tied for the lead with Rosie Klausner. Consistency has been key for Klausner as she shot two rounds of 73.

Stacy Dennis fired a 71 (-1) during today’s round. Dennis, the Executive Director at the Texas Golf Association, had the only round under par carded for the day.

With a crowd tied for fifth, it’s really anyone’s chance for the title going into the final round tomorrow.

Note: there was a cut for the Open Division after Round 2 that included the low 18 players & ties.

Slayton Fires 68 in Round One at The Prairie Invitational

OLATHE, KS – Madison Slayton, Wichita, leads The Prairie Invitational after Round One of three. Slayton opened her round with a birdie and never slowed down. She birdied holes 10, 13, and 14 on the back nine. She made an uncharacteristic bogey on 15 and followed it up with another birdie on the 16th hole.

“A lot of my birdies came from making some good putts, but I think my birdie on 13 stood out the most. Going into the round, I knew par was going to be a good score on that hole, so to birdie it was a plus,” Slayton said. She totaled six birdies on her day, shooting 68 (-4).

Four golfers are tied for second place with rounds of 73 (+1). Bri Bolden, Mokena, IL, had a consistent birdie to bogey ratio throughout her round. Rosie Klausner, Olathe, had a steady round making two birdies on her day. Anna Jensen’s, Dubuque, IA, round was highlighted by six birdies. Olivia Sobaski, Sedalia, MO, shot one-under on the front nine and held strong on the back despite two bogeys.

2019 Kansas Women’s Mid-Amateur Champion, Katy Winters, holds solo-sixth after shooting a round of 74 (+2). Winters, a resident of Andover, made four birdies on her day. Most notably, back-to-back birdies on holes 7 and 8.

The Kansas City Girl’s Match Play Champion, Beth Grant, finds herself in the lead after shooting 78. Grant had three birdies on her round.

Sarah Brookfield, Prairie Invitational Committee Member, made a Hole-In-One on the 8th hole. Brookfield is in 17th place.