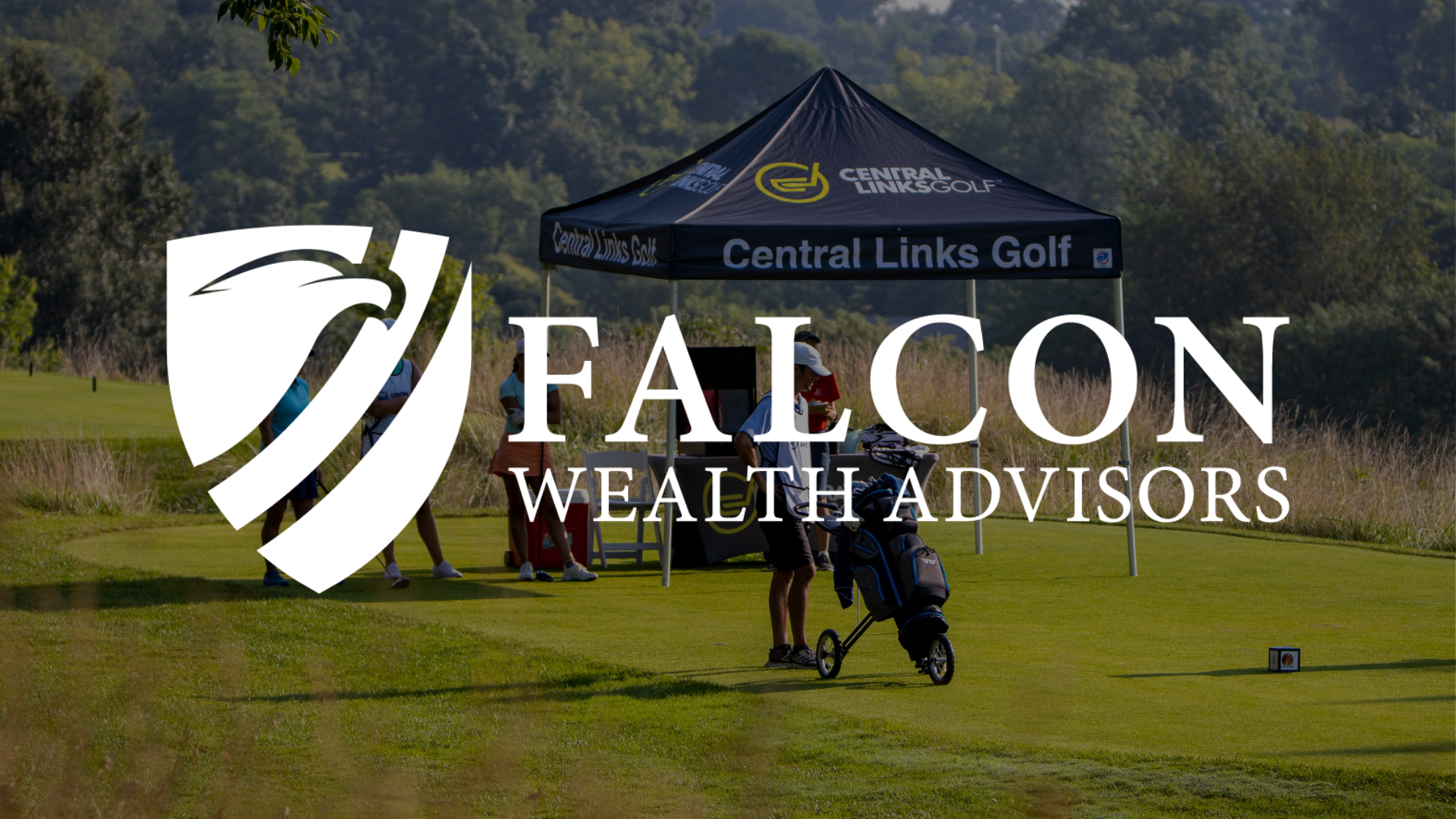 The Stateline Amateur Tour (SLAT) will have a new face this year, Falcon Wealth Advisors, a Kansas City-based financial planning practice, will be the title sponsor of the tour.

Get to know Jake Falcon

Why did you decide to partner with Central Links Golf?

“In my opinion, CLG does a first-class job of fostering an amazing golf environment. I think our brands align, since many of my clients also golf, and thought it would be fun to get more involved.”

What is your favorite part about the SLAT?

“It’s a tie between the mental challenge of having to post a score and the amazing people both participating and running the tournaments.”

Who introduced you to golf? Any favorite golf memories?

“My Dad introduced to me golf when I was young. In the past, I took it for granted, but it was fun looking back waking up early on the weekends to be the first group out with my Pops and his friends. I also enjoyed the trips playing high school golf and competing. I once had a hole in one while on a business trip in Los Angeles, with rental clubs of all things! “

How can you compare the game of golf to financial planning?

“You can draw many similarities between the two. I think the most important one is just like a round of golf can go in many directions so too can a financial plan. Many advisors get it wrong in calling a financial plan a “road map,” it’s not.  A financial plan is a living breathing document that needs attention and adjustments as things change. Just like a golfer needs to be able to adapt to weather, swing glitches, low scores, high scores, etc.”

New to SLAT this year will be a season-long Race to the Falcon Cup that will begin on April 18 at Prairie Highlands Golf Club in Olathe.

The 2019 Stateline Amateur Tour came to a close with its end of the season championship held at the National Golf Course of Kansas City on October 9th.

Over 90 players in four divisions competed to win the Tour Championship and division Player of the Year. In the Open division, Greg Diederich won the tour championship with a two-over, 74, featuring two birdies on the day. Diederich beat out Chris Beaubien and Jeff Mason, who both tied for second place with rounds of 76 (+4).

In the Senior division, Scott Richey, Don Kuehn, and Steve Hammond all tied for first place with one-over, rounds of 73. Between the three, eleven birdies were carded. Steve Groom finished in fourth place with a two-over, 74. Groom’s fourth place finish propelled him to the Player of the Year finalist over Mark Addington. Groom played in eight events this year and won two to finish with 83.5 points, three more than Addington.

In the Legends Gross division, David Hamilton and Sam Vanlandingham would both finish tied for first after shooting rounds of 76 (+4). John Grant finished in third with a five-over, 77. David Hamilton’s added yet another win to his SLAT season. Playing in ten total events, Hamilton won five of them, finishing with 121 points. Bob Bezek finished second in the Player of the Year list with 87.5 points.

In the Legends Net division, John Grant’s great round gave him the trophy as Legends Net tour champion with a three-under, 69, net score.

Garret Routh had a great day after shooting a gross score of 74 to claim both the Player’s Gross and Net champion title. Routh’s round featured five birdies and gave him the lead in the gross division by three strokes over Marcus Moore. Routh’s 74 would net him a score of 69 to claim the Player’s Net champion.

Alex Reed finished third in the Player’s Gross division with a score of 79 (+7). His third place finish was enough to give him the lead on the Player of the Year list with a total of 82.5 points. Reed played in eight events and won four of them to best second place finisher Marcus Moore. Marcus Moore would take home the Player of the Year trophy in the Player’s Net division after playing well in the championship with a total of 76.33 points. Mittal Patel finished in second with 57.25 points.

For full results of the championship, see here. For Player of the Year points list, see here.

The KCGA would like to thank all of our Stateline Amateur players that came out to play over the season and we are so grateful to have such great talent that continues to show up each and every event. We’ll see everyone next year on the Stateline Tour at our first event at Milburn CC!

The 2018 Kansas City Golf Association season kicked off this week with our first event at the Country Club of Loch Lloyd. Despite the windy, cold conditions, we had a great turn out for our first Stateline Amateur Tour event with over 100 players.

On top of the chilly weather, players battled slick greens and the abundant water hazards around Loch Lloyd. This beautiful course lived up to its reputation and players tried their best to navigate this difficult golf course.

The low round of the day belonged to Steve Groom, shooting an even par 72 and claiming the Senior division title. His round was highlighted by three birdies and three bogeys, shooting 36 on both the front and back nine.

Ritch Nigh trailed Groom by one stroke, finishing with a one-over, 73. After starting out bogey-bogey, Nigh battled back to finish with two birdies and one bogey on the back nine. Two players tied for third place in the Senior division, Mark Addington and Kurt Lorenzen, both shooting a four-over, 76 round for the day.

In the Open division, Kevin Rome claimed low-medalist with a three-over, 75. Despite an up and down round from Rome, his three birdies on the day propelled him to the top of the leaderboard.

Jackson Foth followed in second place by one shot with a four-over, 76. Mark Terranova and Chris Beaubien both tied for third place right behind Foth and Rome with five-over, 77 rounds.

In the Legend’s net division, Keith Forrest came out on top with a six-under, 66 net score. Tom Baddeley secured second place with a three-under, 69 net score. Top three was rounded out by Dan Gray with an even par, 72 net score.

With a four-over, 76, Chris Meyer claimed first place in the Player’s Gross division. Despite a few bogeys, Meyer’s two birdies on the day helped propel him into first. Three players tied for second place shooting a 77 (+5) in the gross division: Anthony Morales, Michael Buckhouse, and Alex Reed.

In the Player’s Net division, Dennis McCormack shot a four-under, 68 net score to claim the lead. In second place was Spencer Webb with a three-under, 69. Two players tied for third with a 70 (-2) net score: Anthony Morales and Alex Reed.

As always, the KCGA thanks of all its participants for sticking through the weather and coming out to play in our first event of the season. We hope to see everyone at our next SLAT event on May 7 at Lawrence Country Club.

To see the full field of results, click here.