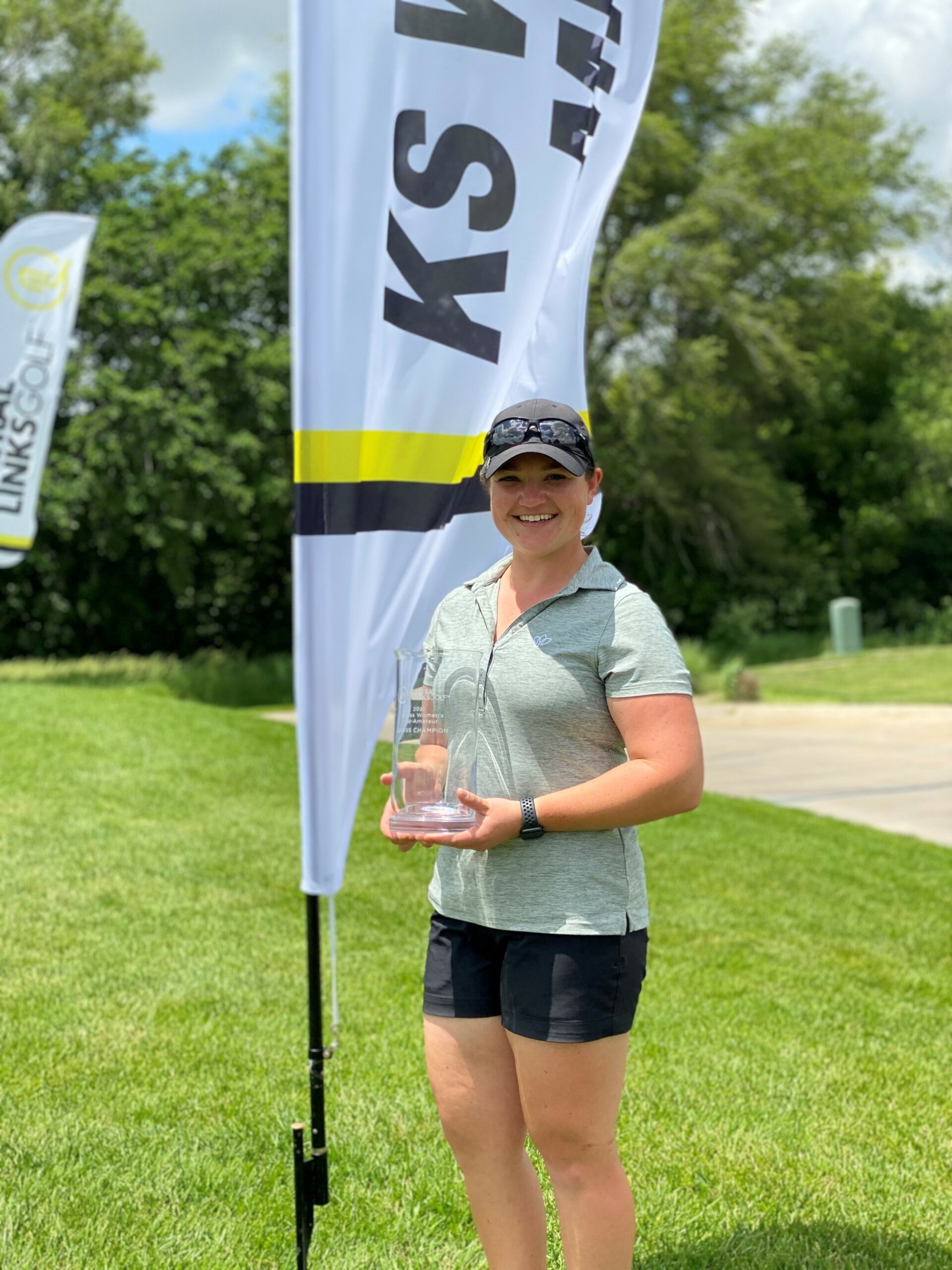 The Kansas Women’s Mid-Amateur Championship kicked off on June 5th. Starting at 7:30 in the morning the first group of three teed off at the Sand Creek Station golf course. Katy Winters got off to a not so good start by bogeying the first hole and double bogeying the second, but soon turned it around and made par on the following 5 holes and she birdied the ninth. Starting the back nine similarly to the front, she finished with a 74 giving her the lead over her competition but, just barely by 1 stroke. At the end of the day, Katy held the lead, but Laine Evans was the woman trailing Katy by a single stroke. Spectators knew that this was the recipe for a very eventful second and final day of the event.

Round 2 commenced Laine Evans started her round with a bogey, only allowing her to make one more on the back nine for the day. To help contribute to her round two score of 71, she also had three birdies. A player who kind of snuck under the radar, after carding a 77 in the first round, was Haley Thiele. Thiele made a statement on round two though as she carded the lowest round for the event shooting two-under, 71. Haley ended up placing second with a 147 total gross score, trailing by just one to Laine’s 146 for the event.  However, Haley went on to win the Overall Net Division. After the event, this is what Laine had to say about her game. “Yes, I was very happy with my round, considering a started with a bogey. I just focused on each shot and stayed positive throughout the round!”