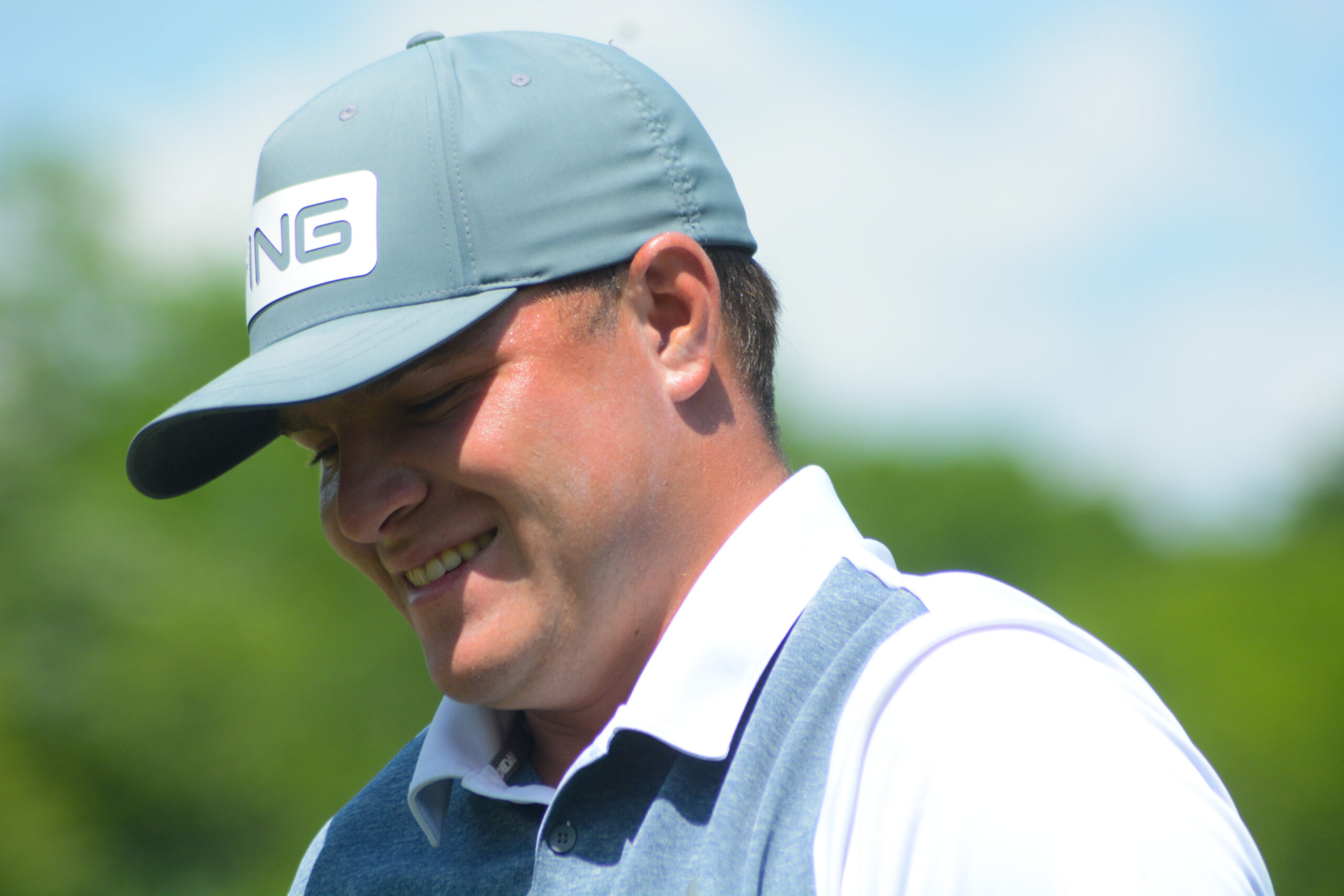 A beautiful, warm Championship Saturday and the Watson Challenge has a new (repeat) Champion.

The star of round one was Michael Letzig, Parkville, MO, with a four-under round of 68 that featured five birdies and one bogey on the day. Letzig had the best round of the day by two strokes, with only six players shooting under par with The National showing its teeth early in the competition.

Scoring for round two seemed a little better across the board and saw seven players card an under par round. Of those included two-time Watson Challenge Champion, Andy Spencer. Spencer had a fantastic day, carding a seven-under round of 65, highlighted by five birdies and an eagle on the Par-5, 15th hole to move up the leaderboard to first with a two-day total of 135 (-9).

Charlie Hillier, Overland Park, KS, also had a great day that moved him up the leaderboard after firing a six-under round of 66. A lone bogey, five birdies, and an eagle moved Charlie up to a two-under, two-day total. Letzig fought through a rollercoaster round to card a one-under 71 and sit close behind Spencer in second place heading in to the final round.

Championship Saturday began on a warm, sunny day with the final pairing of Spencer (-9), Letzig (-5), and Ryan Argotsinger (-3). Letzig got out to a quick start with two birdies in a row to start his round and cut the lead by one. Spencer had an up and down first 5 holes with two birdies and two bogeys and made the turn at even par and Letzig turning at one-under. Both players held steady to start the back 9 with two pars and matched each other with a birdie on the 12th hole.

Spencer added to his lead with a birdie on the Par-3, 14th hole, but gave it right back with a bogey on 15. Letzig continued to battle and put pressure on Spencer, but with smart play Spencer would par the 16th and 17th hole, heading to 18 tee with a three shot lead. Playing it safe off the tee, Spencer found himself in the fairway and chose to lay up with his second shot on the Par-5, 18th hole. Letzig hit a great third shot about 15 feet from the hole for a birdie chance. Spencer was just off the green with his third shot and chipped to about 8 feet for par. Letzig would convert on his birdie putt to get in the clubhouse at three-under for the day, and tournament total of 208 (-8).

Spencer was just too good, and after converting his par putt let out a victory yell in excitement, claiming his third Watson Challenge victory. This marks three wins in the last five years for Spencer, who recently turned professional after graduating from Kansas University (2017, 2018, 2021).

Tournament host Tom Watson finished tied for 19th after carding his best round of the tournament on Saturday with a two-over, 74, to finish with a three-day total of 227 (+11). Robert Russell had the round of the day with a four-under, 68, that pushed him up the leaderboard to finish 4th overall (212, -4). Charlie Hillier followed up his great second round score with another great round of three-under, 69, that gave him solo third place (211, -5).

After not having this event in 2020, the 2021 Watson Challenge did not disappoint. Thank you to The National Golf Course of Kansas City for hosting and giving up their golf course for three days. The course was in great shape and we are grateful to all those who helped to make this event happen.