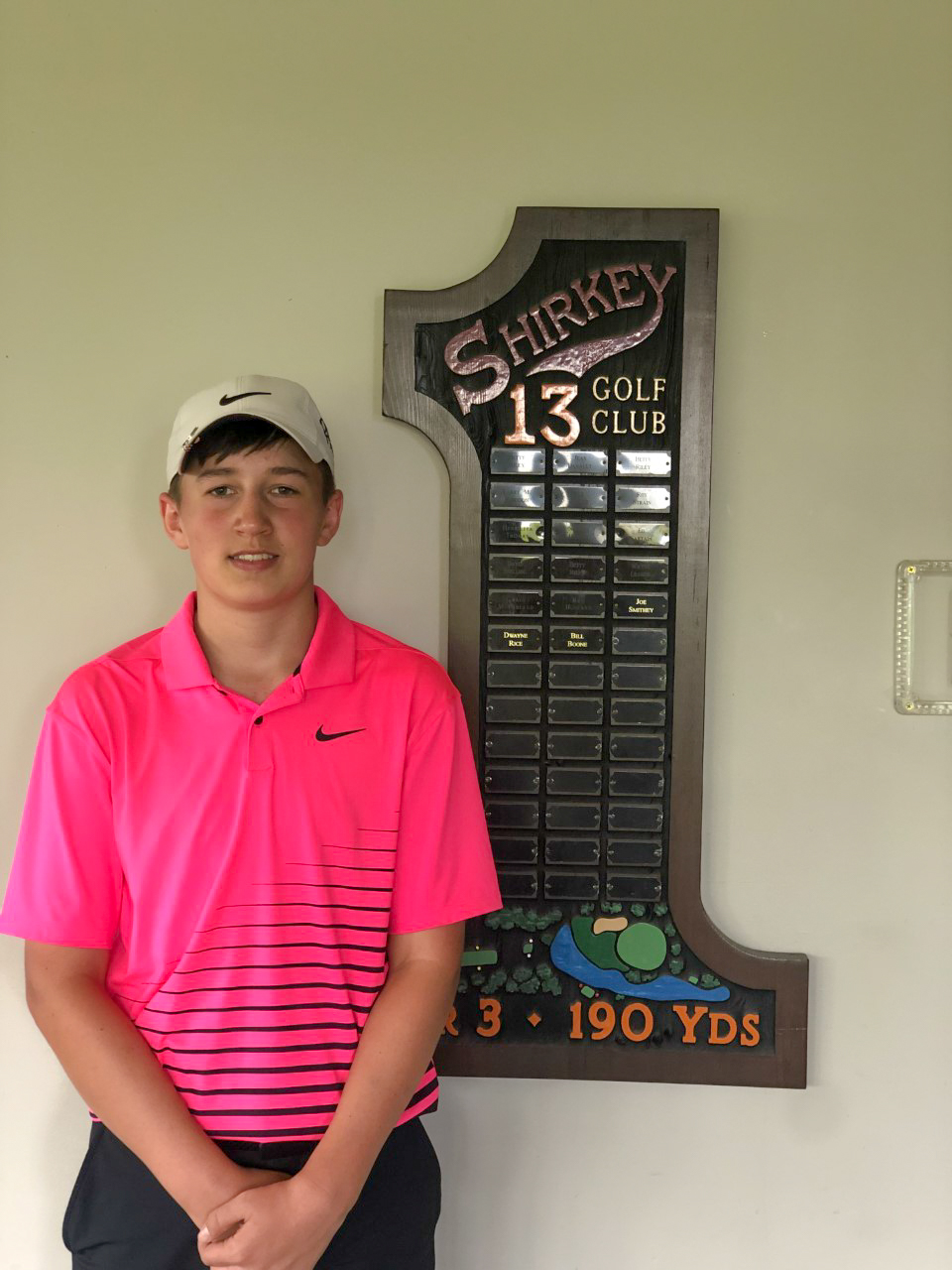 The Kansas City Junior Tour got underway on Monday, June 7,  at Shirkey Golf Course in Richmond, Missouri. The field was split into the standard five divisions, the prep division, 13-15 boys and girls, and 16+ boys and girls. The day was highlighted by a lot of fantastic golf from our juniors and a hole in one by Aidan Kullot. “It was a pure seven iron from about 135 yards out, it landed about five feet short, hit the pin and dropped.” Kullot said. The prep division was won by Josh Fratzel with a total of 42. The girls 13-15 division was won by Hadley Neese, scoring 76, including three birdies. The boys 13-15 division was won by Peyton Smith carding a 72, including four birdies. The girls 16+ division was won by both Emmy Braden and Aliyah North, both scoring an 84. The boys 16+ was won by Rohan Desai with a 77 with a birdie on hole number six. This event at Shirkey Golf course was a great kick off to the Junior Tour and we look forward to the next tournament at Hodge Park on June 10th.