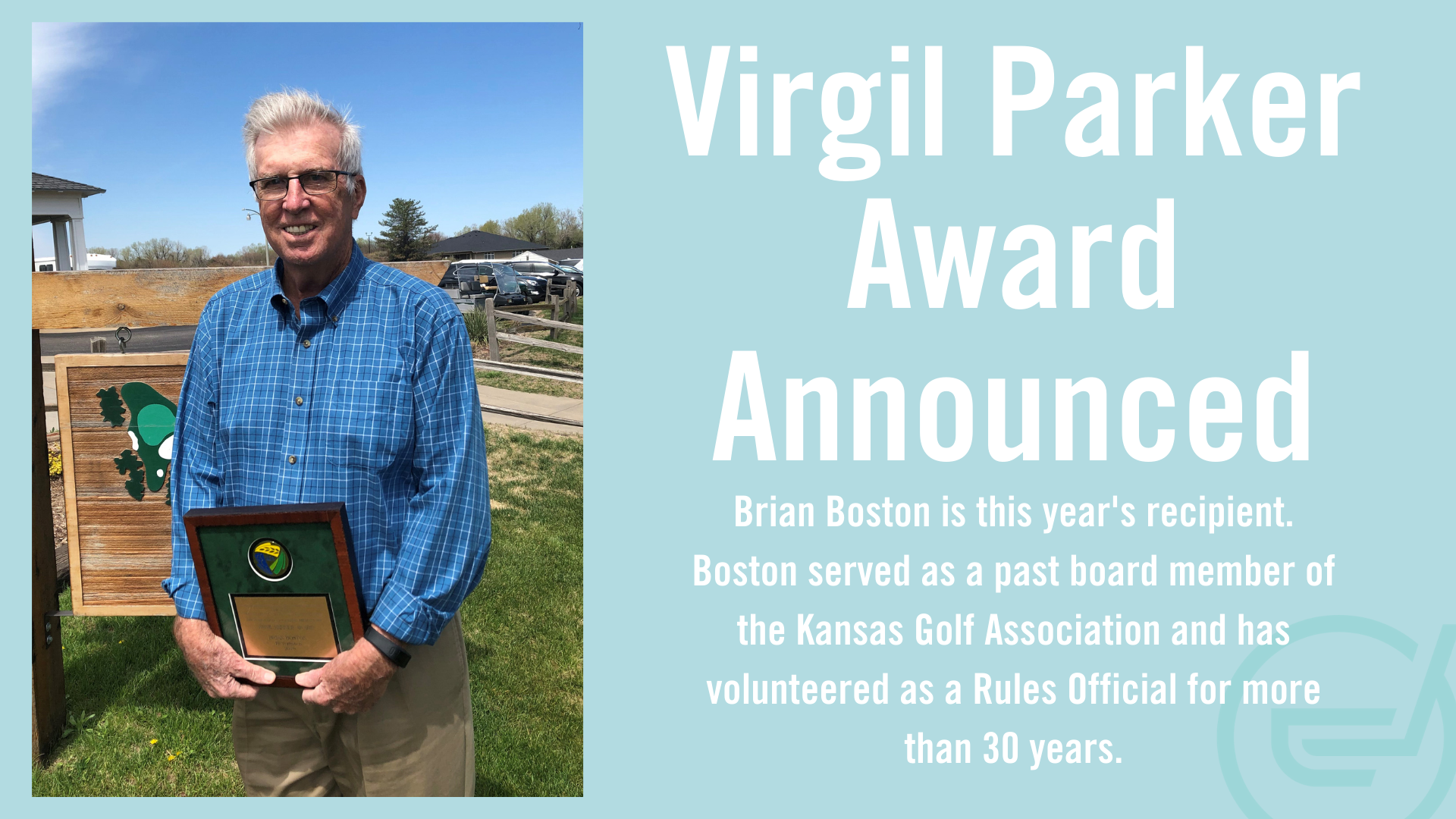 Brian Boston, of Hutchinson, KS, a past board member of the Kansas Golf Association who has volunteered as a rules official for more than 30 years, has been chosen as a recipient of the Virgil Parker Award.

Boston was a member of the USGA Public Links Championship Committee from 2008 to 2010.

“Brian’s longtime support and promotion of junior golf in the central part of the state for over 30 years and support of amateur golf in the Sunflower State is the personification of what the Virgil Parker Award stands for,” said Casey Old, Director of Rules & Competitions-Kansas.  “We are proud to recognize his countless days of service and giving back to the game that we all love.”