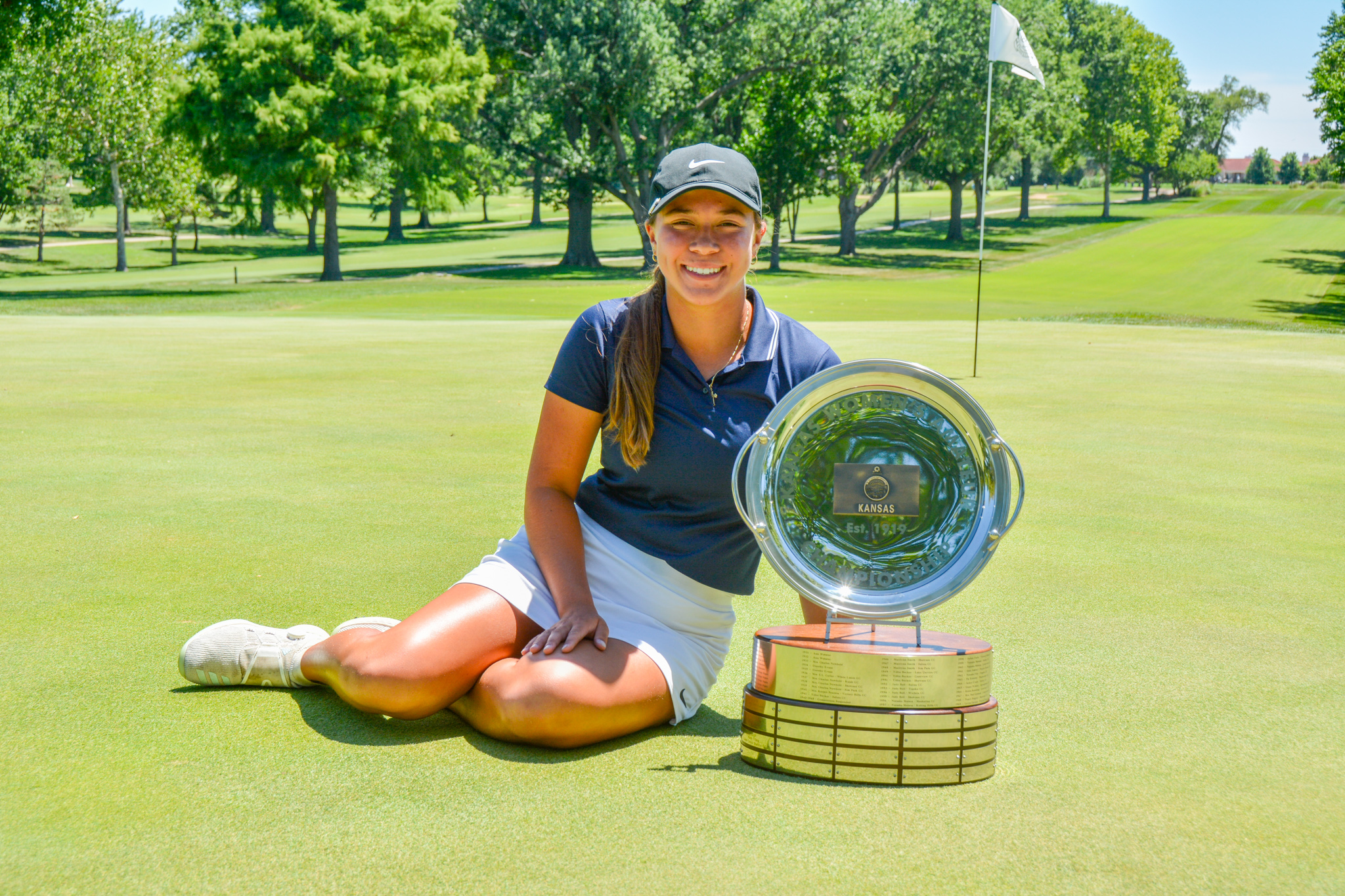 It was a hot week at the Kansas Women’s Amateur presented by Mommy’s Helper, with temperatures climbing into the mid-90s, the greens became dry and fast, making the already challenging Topeka Country Club, even more difficult.

Emerie Shartz, a fourteen-year-old from Wichita, was leading the event after shooting 70-76 on Monday. Maya McVey, an incoming Senior at Blue Springs South High School, fired an impressive round of 71 on Tuesday to put her in contention after shooting 75-78 on Monday.

After Shartz had a few hiccups on her back nine, she was tied with McVey at five-over-par for the tournament, leading to a playoff on the 18th hole.

Both girls hit impressive drives just short of the green on the 277-yard par-4. They both proceeded to hit their chip shots close to the hole. Shartz just barely missed her putt, making par. McVey was next to play and sunk her short 2-footer to win.

“Through all three rounds, I was just trying to keep a relaxed mindset,” McVey said, “My approach shots were the best part of my game this week, I was hitting them all pin-high…they were like darts,” she added when asked what led to her victory.