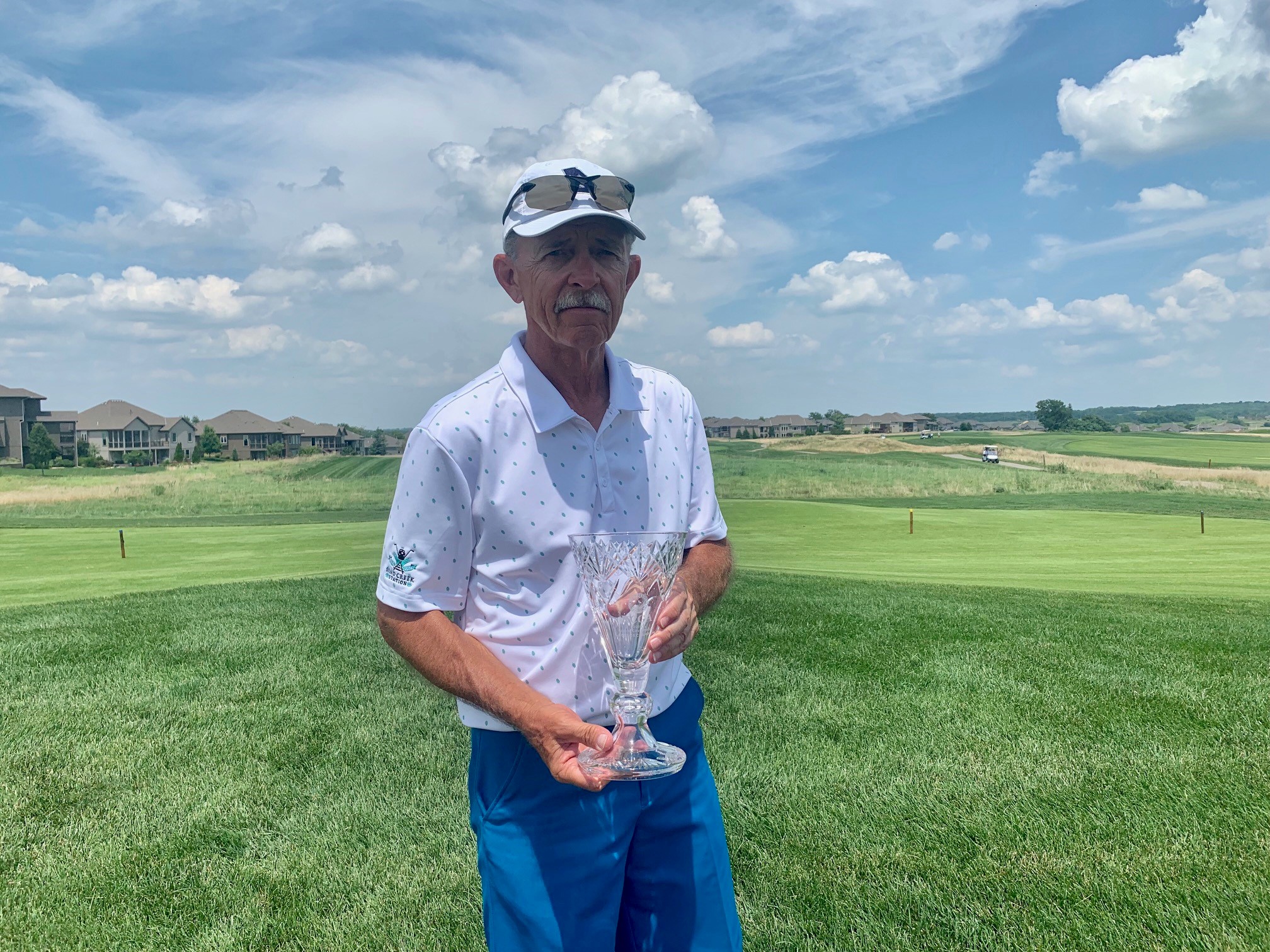 The first time, when he was 66 years-old, he carded a 65 in a tournament at The Cardinal Club in Louisville, KY. An old friend told him then to “write this down when you get home. Keep a record of these,” referring to times when you shoot your age or better.

It was good advice.

On April 28, at the age of 73, multiple-time KGA and KCGA champion, Don Kuehn accomplished the feat for the 150th time with a score of 71 on the Posse course at Paradise Pointe (Smithville, MO).

Along the way there have been course-record tying rounds, come-from-behind victories and a couple of holes-in-one to add to the list.

Asked if any of these scores stood out above others, Kuehn recalled the 2018 Railer at Sand Creek Station (Newton, KS) when he had rounds of 66, 69 and 71 to win by a record 14 strokes over the field of younger seniors; and last year’s Sunnehanna Senior Invitational (Johnstown, PA) where rounds of 68, 69 and 70 were good for an 8 shot victory.

“But there were others that meant an awful lot at the time, too,” Kuehn said. “I tied the course record twice at the Outlaw at Paradise Pointe with rounds of 64. And I have had some low ones at the Senior Porter Cup (Niagara Falls, NY) and the Geranium Senior Invitational (Stockbridge, GA).”

Whether it’s a local tournament, a national event or a casual round with the guys, Kuehn says “it’s always a goal when it looks possible, to finish a round strong and not kick away the chance to write another good one down on the list.”

Asked if it gets harder to shoot your age as the years add up, Kuehn quipped “Every November (his birthday) it gets one shot easier!”