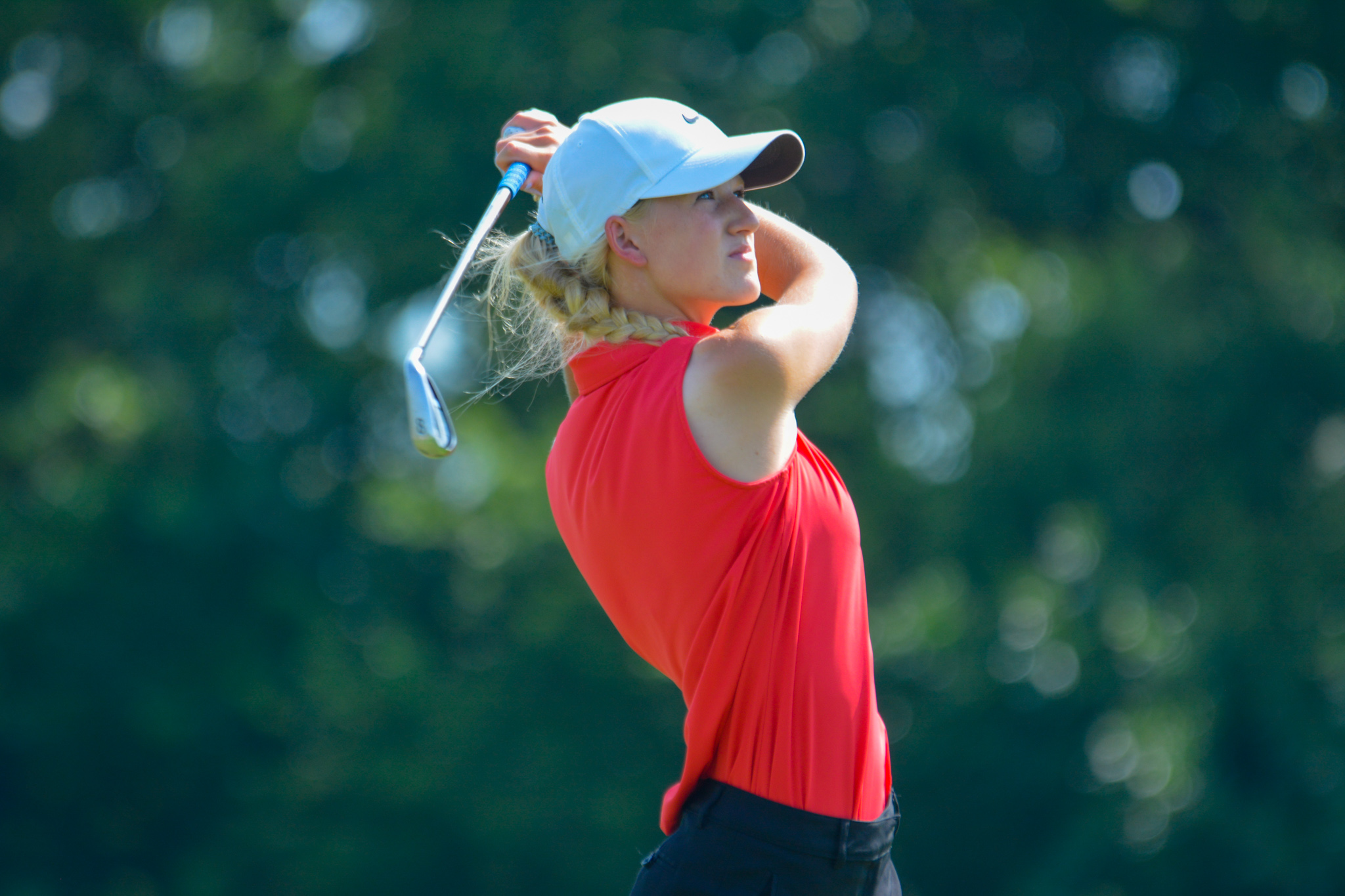 Newton, KS – Kate Tilma, Wichita, won the Kansas Women’s Amateur Tuesday shooting 74-71-74-219 (+3). This is Tilma’s second Amateur victory of the summer. Last month, she won the Kansas Junior Amateur in Salina, KS. There has never been another woman in the history of Kansas women’s golf to hold both titles in the same year.

When asked how she felt about holding both titles in the same year she said “It’s a great honor to be able to play, it’s good for the hard work that I put into both.”

Abby Glynn, Unversity of Kansas golfer, also made a run for the Kansas Women’s Amateur title. Glynn, hot off her win at the Missouri Women’s Amateur just two weeks ago, made a push in the final round today shooting an even-par, 72. Going into 18, both Glynn and Tilma were tied at four-over-par for the tournament.

Going into 18, Tilma knew she needed to either birdie or par in order to win. She proceeded to make a 20-foot birdie putt to win the championship and overall Low Junior. “I just wanted to give it enough to have a chance at going in,” Tilma said.

Madison Slayton, Wichita State University golfer, held the lead after rounds one and two on Monday. Although Slayton carded only one birdie on her scorecard today, she finished in third place.

The 2021 Kansas Women’s Amateur will be held at Flint Hills National Golf Club in Andover, KS.

There is a crowd on the leader board for second place. Megan Whittaker, junior at the University of Nebraska, shot 72-73-145. Kate Tilma, 2020 Kansas Junior Amateur Champion, shot 74-71-145. Most notably, Thirteen-year-old Kinslea Jones shot 76-69-145. Jones had 5 birdies and one eagle during her second round.

Competitors played 36 holes on Monday at Sand Creek Station Golf Course. They will finish the event with 18 holes on Tuesday morning.