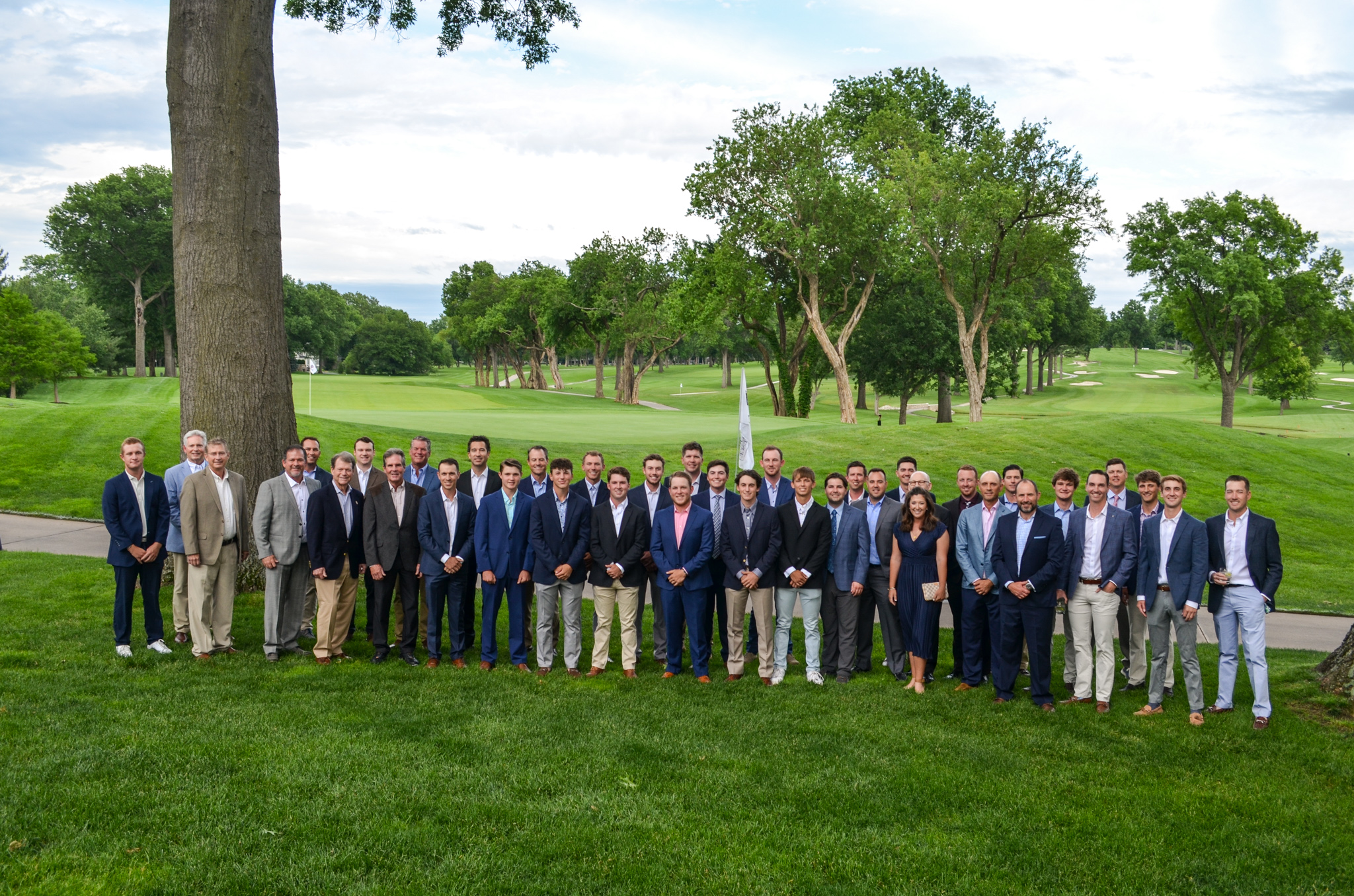 “We found out who the best player in Kansas City was,” Tom Watson said as he congratulated Davis Cooper on his Watson Challenge victory on Saturday afternoon at Indian Hills Country Club.

Cooper broke Challenge records for the lowest total score, score in relation to par, and margin-of-victory, after he shot 65-64-68-197 (-13), to win the Challenge by 8 strokes.

“That’s what you work for, you don’t know when your time is going to come and these last three days I have put three pretty good rounds together, so that was special” Cooper said, “to have all my friends and family here made it even better.”

The Price is Right for Letzig

Davis Cooper wasn’t the only one leaving Indian Hills on Saturday with a smile. Michael Letzig also won big. Going into the final hole, Letzig was two shots back from taking solo-second. On the par-five 18th hole, Letzig his third shot perfectly, hopping right into the cup to make eagle. Because of Cooper’s amateur status, Letzig went home with the $10,000 Watson Challenge purse.

Tom Watson shot even par on Saturday putting him T15 for the event.

Davis Cooper holds a strong lead going into the final round tomorrow.

Davis Cooper, entering his Junior year at the University of Kansas, holds a six-shot lead going into the final round of the Watson Challenge on Saturday. Cooper shot an impressive six-under-par, 64 during the second round on Friday.

“I stayed patient out there and waited for my birdies to come,” Cooper said, and they definitely came. He made five birdies before making his first and only bogey of the tournament on hole 13, then quickly recovered by making a birdie on 14. He finished his round with yet another birdie on 18 to card 7 birdies on his round.

Charlie Hillier, a professional on the PGA Tour Latin America and former University of Kansas golfer, shot 68 (-2) today to put him at five-under-par for the tournament, six shots back of Cooper.

Tom Watson bounced back after his day yesterday, carding 71 (+1) on his round today. Watson will tee off at 10:00 AM on Saturday.

With an improved forecast, the “best golfer in Kansas City” will be determined tomorrow.

VanDolah Leads After the First Round at the Watson Challenge

The first round of the 2022 Watson Challenge began today as 50 men and 1 woman, took on Indian Hills Country Club, to see who will be crowned “the best golfer in Kansas City”.

Coming off his Kansas City Match Play Victory, Zach VanDolah leads the first round of the Watson Challenge after shooting 64 (-6) in his opening round. His round consisted of seven birdies, ten pars, and one bogey. When asked what the key to his success was he said “I made everything I looked at.”

Not far behind VanDolah is Davis Cooper, the current Kansas University Golfer, who shot a bogey-free 65 (-5), as he relied on his wedges to gain success around the greens today.

Tom Watson, tournament namesake, shot 74 (+4) during his opening round this morning. Watson tees off at 9:50 AM Friday morning.

Gianna Augustine, the first female to play in the Challenge, shot 76 (+6).

Although not in the field, Kansas City Royals Hall of Famer George Brett could be found on the bag, as he caddied for Prairie Village’s Kevin Ward who shot 74 (+4).

Round Two will begin Friday morning at 8:30 AM.

“The decision to not play the event in 2020 was a difficult one for all involved.”, said Watson Challenge director Doug Habel, “The staff and members of the National have made every effort to try and play the event, but ultimately decided that the safety of the club’s members and tournament players was more important. The committee supports that decision and we are thankful that they will host the event next year.”

While the date for next year’s Watson Challenge has not yet been set, the National has committed to hosting the event.

For any questions regarding the Watson Challenge, please reach out to Doug Habel at doug@clgolf.org.