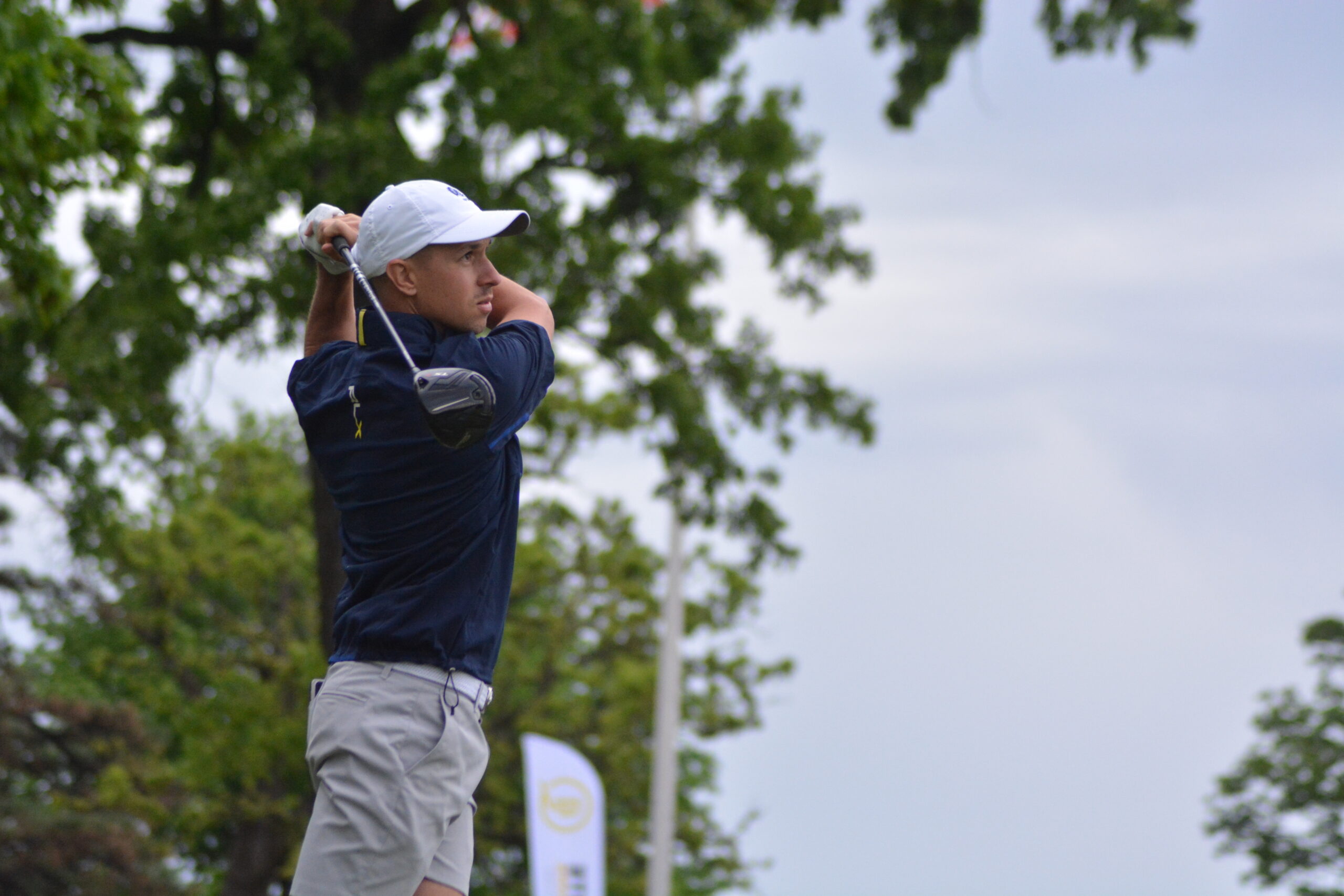 Going into the week, VanDolah was feeling confident because he knew the golf course well. Swope Memorial Golf Course has been home to the event since its resurrection in 2013. “I was able to work on the pieces of my game that I knew I would rely on at Swope which was mainly tee shots and wedges to tight pins.” VanDolah said.

VanDolah, the 2 seed, shot 69 in Friday’s Qualifying Round, and he didn’t slow down from there. He won his first match 3&2 against Jeff Mason. In the round of 16, he defeated Park Ulrich 5&3. In the Quarterfinals, he defeated 2021 KC Match Play Champion, Doug Albers, 4&2. In the Semi-finals, he played against Max Ernst and won 4&3.

During the Final Match, he was struggling to hit greens and had to make a lot of up and downs. “I missed it right on 13, the long par 3, and had a long pitch across the green to a left pin. I hit the pitch like I wanted to, but it hit the green and was running a bit hot. It ended up hitting the pin and going in.”

VanDolah had a few more shots go his way leading to his 4&2 victory over Drew Carlson in the Final match.

When asked how he feels about this win, VanDolah says “I’m fortunate to get to compete a lot, and to finally seal the deal was huge. I feel like I have been knocking at the door for a while and have lost some heartbreakers throughout my life. It’s a good feeling to get the win, especially against the competition I faced. All my matches were against great players. All of whom could have won this thing.”

Four golfers will continue to the Semi-final matches on Sunday Morning at the Kansas City Match Play Championship.

Carlson won both of his matches 4&3, the first against Liam Coughlin and his Quarterfinal match against Ben Pearson.

Campbell won his first match of the day against Jeff Spradlin 2 up and his Quarterfinal match against Nathan Hughes 4&3.

VanDolah will look to earn his KC Match Play crown on Sunday, after finishing Runner Up in the 2021 Championship. He defeated Park Ulrich 5&3 and the 2021 KC Match Play defending Champion, Doug Albers, 4&2 during the Quarterfinals.

Ernst defeated Conrad Roberts 2 up in his first match and defeated Will Harding 4&3 during the Quarterfinals.

Live scoring and tournament updates can be found here >>

Baldwin Earns Medalist in Qualifying Round

In perfect Kansas City Match Play style, there was a weather delay to begin the Championship Friday morning at Swope Memorial Golf Course. One hundred men teed it up in the stroke-play qualifying round in hopes of making it into the Match Play Bracket, which was determined by the best 32 scores.

Leading the field was Brooks Baldwin of Warrensburg, shooting five-under-par. Baldwin started his round with an eagle on the par 5, 12th hole. He made another birdie on hole 15 before making the turn at three-under-par. On the front nine (his back nine) he birdied holes 1, 2, 3, 7, and 9…a total of six birdies appeared on his card for the day.

2021 KC Match Play Runner Up, Zach VanDolah fired an impressive round of 69 to secure his spot in the Match Play bracket safely.

The cut line into match play was four-over-par. Kit Grove won the 6 for 1 playoff, earning him the 32nd seed.

16 Will Continue Playing In Saturday’s Championship

With the weather cleared, the 32 qualifiers began their matches around 3:00 PM Friday, beginning an upset-filled afternoon.

16 golfers will tee off Saturday morning beginning at 8:00 AM.

Pairings, live scoring, and results can be found here >>