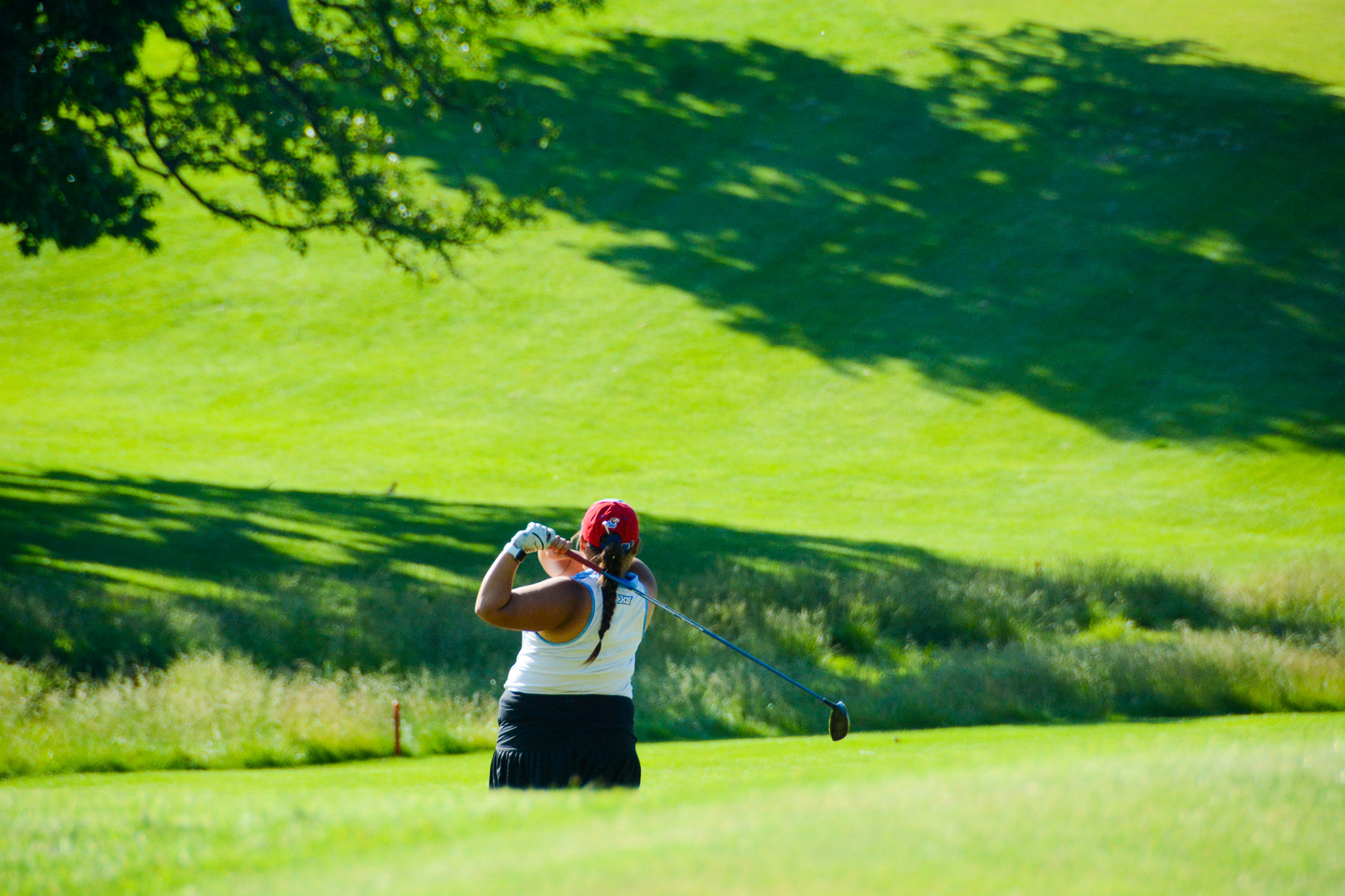 Kansas City, MO – The Kansas City Women’s Match Play wrapped up this morning at Swope Memorial Golf Course with a fantastic match in the Championship Bracket.

Sera Tadokoro (Japan/University of Kansas) and Jessica Haraden (Westlake Village, CA/University of Nebraska) had a back and forth match early on.  Tadokoro took a 2-up lead with pars on #7 and #8.  Haraden made a charge winning holes #9 and #10 to even the match.  Haraden had a great up-and-down par save to win hole #11 and take a 1-up lead.  The pair tied the next two holes, before Tadokoro won #14 and #15 to reverse the tide.  Haraden had another great par save on #16 to tie the hole, and they went to #17 tee with Tadokoro 2-up.  Tadokoro hit a big drive and reached the par-5 #17 in two strokes, making a birdie to claim the hole and the match 2&1.

Rosie Klausner (Olathe/Central Missouri) jumped out to an early 2-up lead on Ellen Port (St. Louis, MO) and never looked back.  She claimed holes #1 and #2 with pars, and the match turned with Klausner remaining 2-up.  Klausner made a spectacular birdie at #10 to gain a 3-up advantage.  Port took advantage of an opening and won #11 with a par after Klausner’s approach found the left bunker.  Klausner closed out the match 4&3 with a birdie at #15.  Port continued praised Klausner’s tremendous play today at the end of the match.

The players had great praise for Swope Memorial GC.  The conditions were superb during the championship, and the set-up is good for match play with a number of risk/reward holes on both sides.

Kansas City, MO – The Kansas City Women’s Match Play has delivered as expected – great golf from an exceptionally strong field.  As the semi-final rounds concluded today at Swope Memorial Golf Course, the matches were close with most extending past the 16th hole.

Jessica Haraden (Westlake Village, CA/University of Nebraska) took an early lead in her match but was continually challenged by her opponent Abby Glynn (Topeka/University of Kansas).  Haraden made a clutch birdie putt on the 16th hole with Glynn just a couple feet away for birdie to go to the 17th hole two holes up.  Glynn won the 17th hole with a birdie to extend the match.  The 18th hole was tied with pars, and Haraden claimed the match 1-up.  Both players were under par for the match.

Sera Tadokoro (Japan/University of Kansas) took an early lead in her semi-final match and closed out her opponent Kirsten Baete (Beatrice, NE/University of Nebraska) 6&5.

Seven-time USGA champion Ellen Port had a back and forth match with her opponent Lauren Thiele (Wahoo, NE).  Port evened the match on the 15th hole and took a 1-up lead with a birdie at 16.  Thiele found a penalty area off the 17th tee.  Port went on to win the 17th hole and the match 2&1.

Rosie Klausner (Olathe/Central Missouri) and Libby Green (Shawnee) had a back and forth match as well trading holes early on, then making the turn even.  Klausner won 10 and 11 to go 2-up.  The pair traded holes on 12 and 13.  Green won 16 and 17 to even the match.  Klausner finally won the match with a par on the 20th hole to go 1-up.

“This is a great match play course.  There are opportunities for birdies, but six-foot putts are not easy here,” said Port.  “I am grateful to have something to play in with most of the USGA Championships being cancelled this season.  It is fun to get out and compete again, and you have to play great golf here to beat people.”

Tomorrow’s Championship matches begin at 8:00am with Sera Tadokoro taking on Jessica Haraden in the Championship Bracket, and Ellen Port playing Rosie Klausner in the Silver Bracket.