Dramatic Ending to The KC Four-Ball 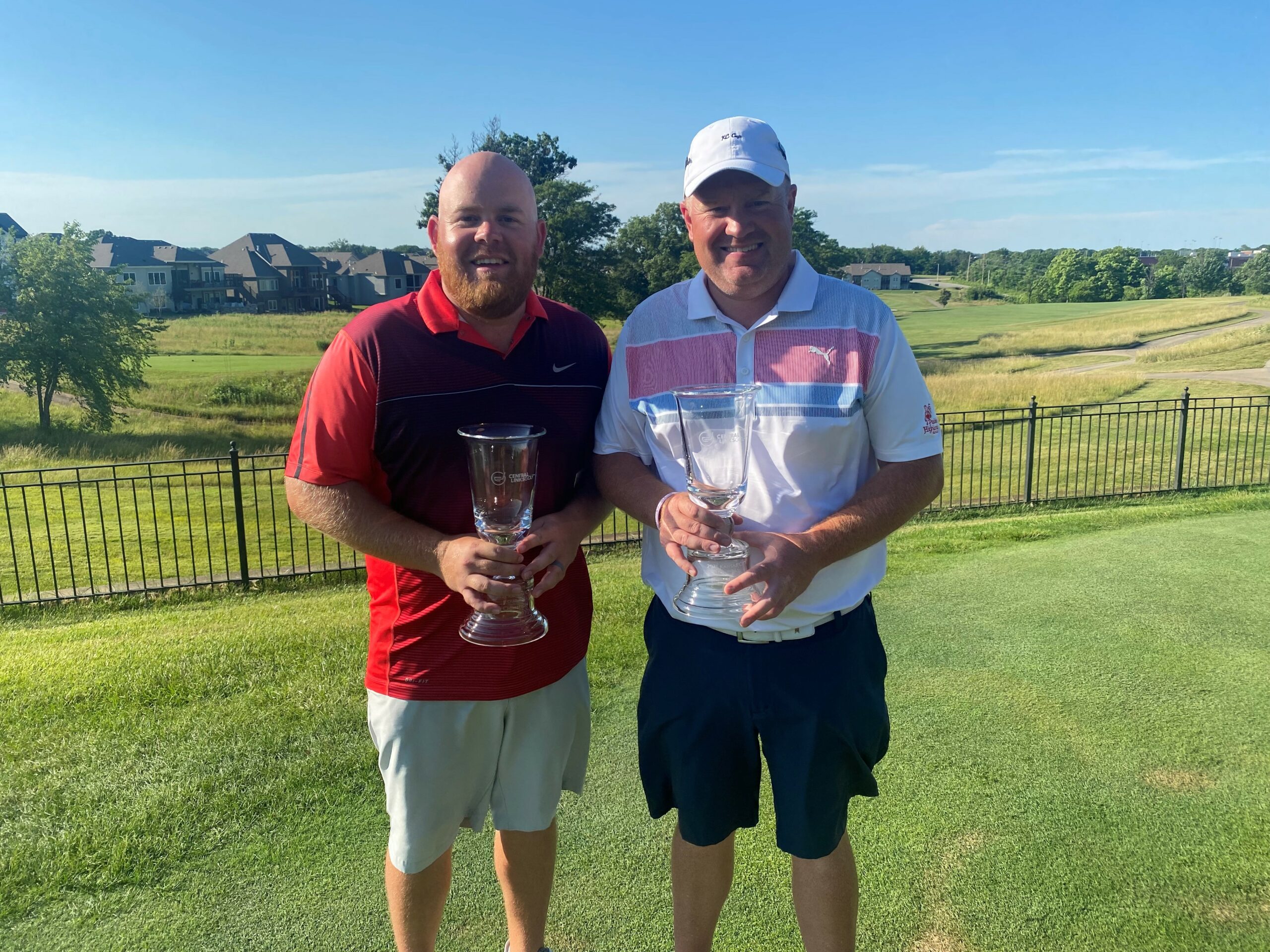 The second and final day of the Kansas City Four-Ball championship was today, June 22nd, 2021. Given the perfect weather and tight scores from the previous day, it was an exciting day of golf. Throughout day two, leads were not growing or shrinking but players kept jumping positions, only causing suspense to build. At the end of the final day of the competition there was a tie for first place, at 11 under par, between Andy Kelley and his partner Matt Kelley, with Dave Cunningham and his partner Scott Richey. After them, there was another tie for third place between the teams of Garrett Allen and Ronnie McHenry with Aaron Sheaks and Jesse Schulte, both teams scoring 10 under. A four-way tie occurred for fifth place between Kit Grove and Will Gantz, Eric Lester and Zac Dittmer, Ben Moser and Brady Buxman, and finally Reed Malleck and Will Harding, all of these teams finished nine under par. With there being a tie for the first-place prize, a playoff occurred on the tenth hole at around 5:15. After five holes of equal play, Matt and Andy Kelley beat out their opponents for the number one spot.