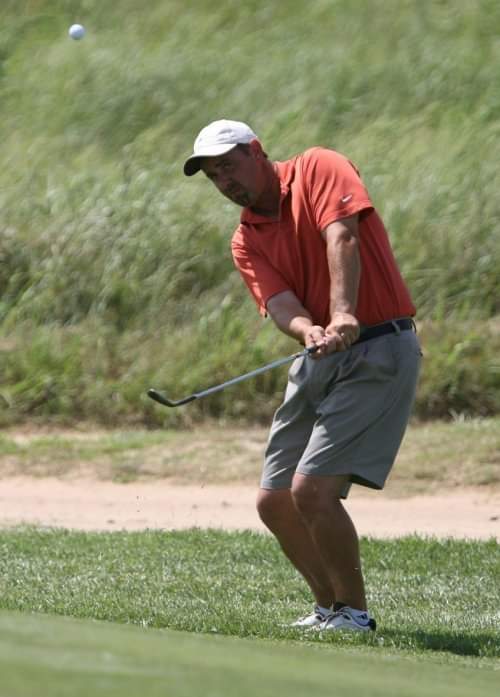 Some of you may know him, some of you may not, but his name is Sean Robertson. Sean was born in Germany while his father was in the army, but he moved to Salina when he was young and that is where he has resided for most of his life. He began playing golf at Prairie Dunes CC with his grandfather but never really focused on it growing up as he was putting more time into other sports. When he became a sophomore in high school, this is when he began focusing his competitive energy into the game of golf. His hard work and skill led to be on the first team at Kansas State University to qualify for the NCAA regionals. Sean currently holds two course records at Salina Municipal golf course and Rolling Acres golf course. Beyond any other record or achievement Sean has, is something that we should all admire. Sean has just qualified for his 33rd straight Kansas Amateur. This means he has now qualified for consecutive Kansas Amateurs spanning 5 different decades. Sean goes on to say this about the game of golf. “Golf requires personal responsibility, calls for honesty even when no one is looking, and demands the ability to problem solve.  No other sport has at its core those values that can be carried over into a person’s career and personal life.  That’s what makes it the greatest sport in the world.”

From Central Links, and the rest of the golf community, congratulations Sean!