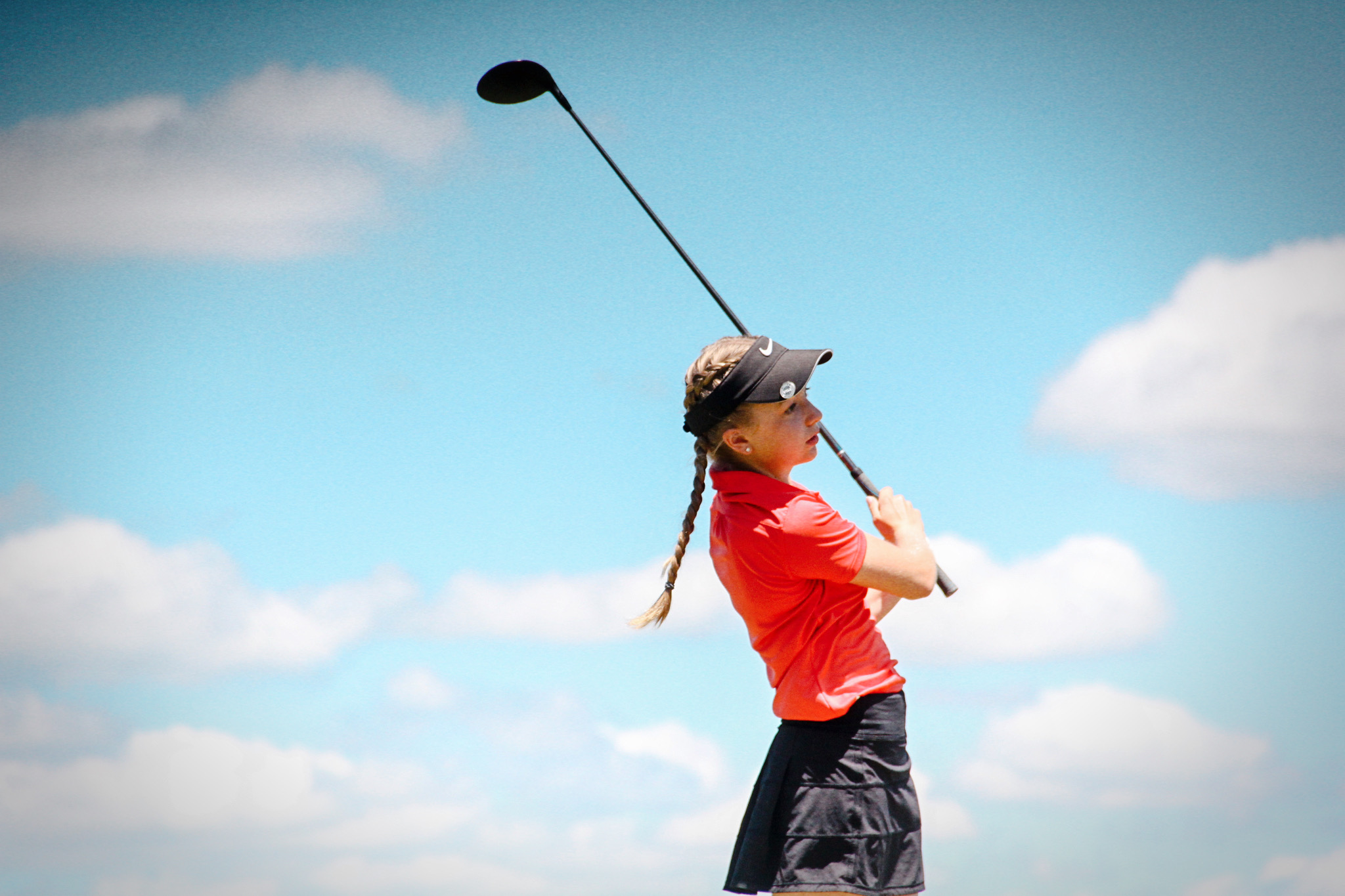 The 2022 Kansas City Junior Championship presented by Granite Garage Floors got underway today at Heritage Park. The stage was set for a very competitive day with a large field headlined by former and current state champions in both Kansas and Missouri. Ty Lasley was the only one in the boys division to fire a round in the 60s, shooting a 69(-2). His round consisted of 4 birdies and 2 bogeys. Luke Walsh, Peyton Smith, Jack Randall, Myles Tarvin, and Caden Mickelson fired a one under par round of 70. 38 players shot 75 or better today as well. Tomorrow is bound to be a very competitive day in the boys division as so many sit close to the lead.

Jaylee Castro leads the girls after round one with a score of 69(-2). Castro’s round was highlighted by five birdies including one on her last hole of the day. Castro has opened a large margin against the field with a seven-shot lead. Ella Slicker and Hillary Currier sit seven shots behind Castro in a tie for a second.

Jaylee Castro opened her round with a seven-shot advantage against Ella Slicker and Hillary Currier. However, neither of them were the one who would end up putting pressure on her down the stretch. Averi Mickelson shot an impressive 69 with two birdies on 17 and 18. She improved 10 shots from yesterday and ended only four shots back off Castro. Castro fired a 75 “I was not nervous at all,” said Castro. “I took it hole by hole,” was what Castro said helped her. Her mindset helped to fuel a victory she won’t victory. “This is definitely one of the top tournaments I have won,” Castro said. She will be playing next week in the Kansas Junior Am as well as many high level tournaments across the country this summer.

In the Boys Divsion, Ty Lasley left off right where he ended yesterday. He got off to a hot start early in the round by shooting a 32 on the front nine. Ty said, “I really tried to stay focused and think through every shot before I hit it.” In second place was Jack Randall who fired an even-par round of 71 today.