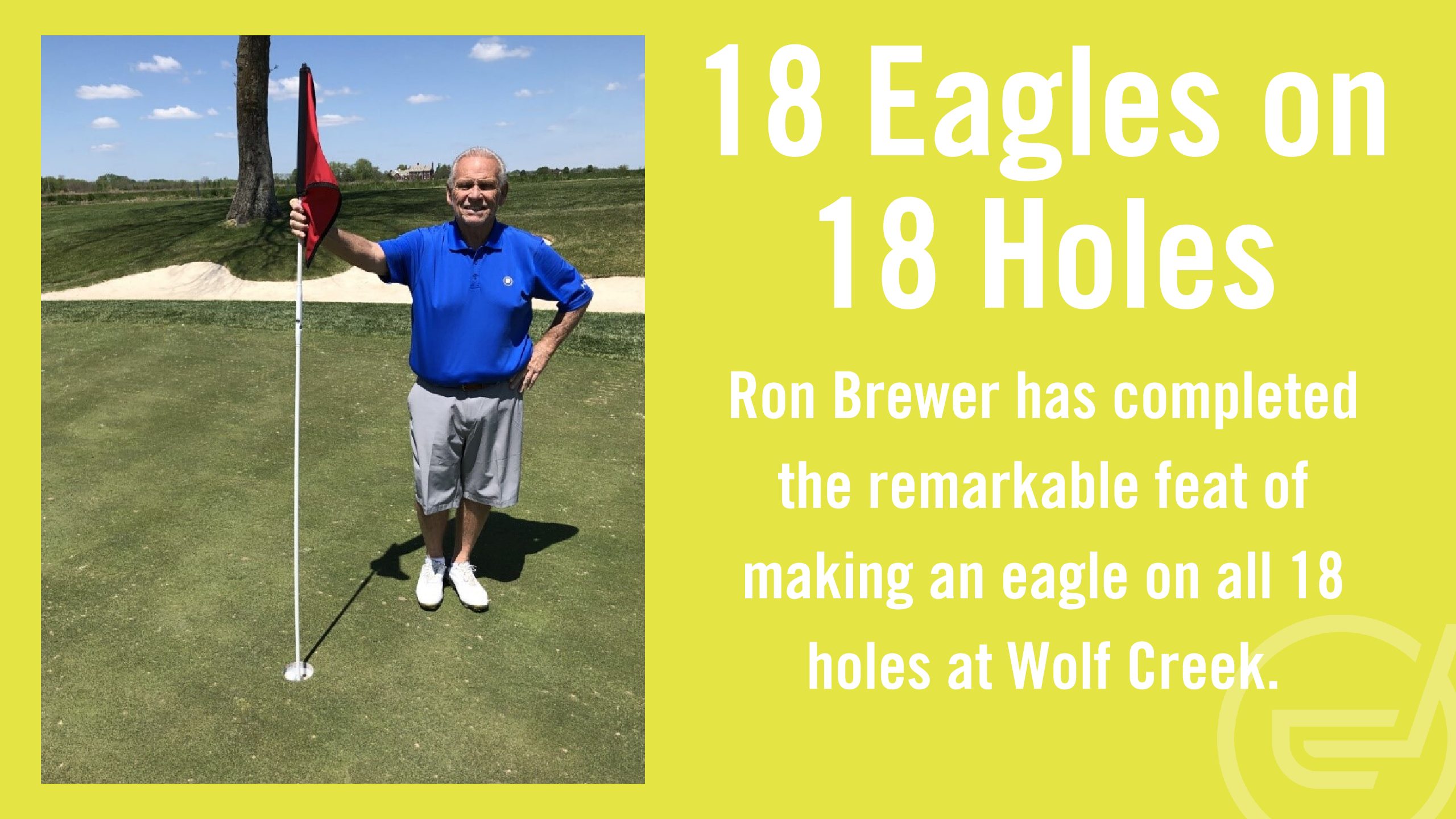 Ron Brewer, a member at Wolf Creek Golf Links in Olathe, has accomplished some cool feats over his time playing golf. Ron is 74 years old and has been playing golf for 55 years – some career highlights of his golfing journey are playing in the 1997 US Senior Open as an amateur (and he made the cut!), being a two-time Heart of America Four-Ball Champion, and a one-time Kansas City Amateur Champion.

However, Ron’s most recent accomplishment is arguably the most impressive: With Ron’s recent ace on the 2nd hole at Wolf Creek Golf Links, he has now eagled all 18 holes at Wolf Creek in his lifetime. You read that right – every single hole. That means 4 different aces, 4 eagled par 5’s, and many amazing hole outs for 2 on par 4’s.

His most memorable “eagle” was when he made back to back eagles on holes 6 & 7 (where he made a 2 followed by a 3 – a nice scorecard view!).

Throughout Ron’s lifetime, he has made 10 hole-in-ones. Many of us search for just one ace in our lifetime, but Ron puts that he has been “very lucky and blessed” to not only make aces and eagles but to just enjoy the experiences that golf has given him over the years.

When asked if he has any specific new goals for himself now that he has completed his “18 Eagle” goal, Ron replied, “At 74 years old, I’m just trying to not get worse.”

Seeing as Ron keeps making eagles, it sounds like he is only getting better.