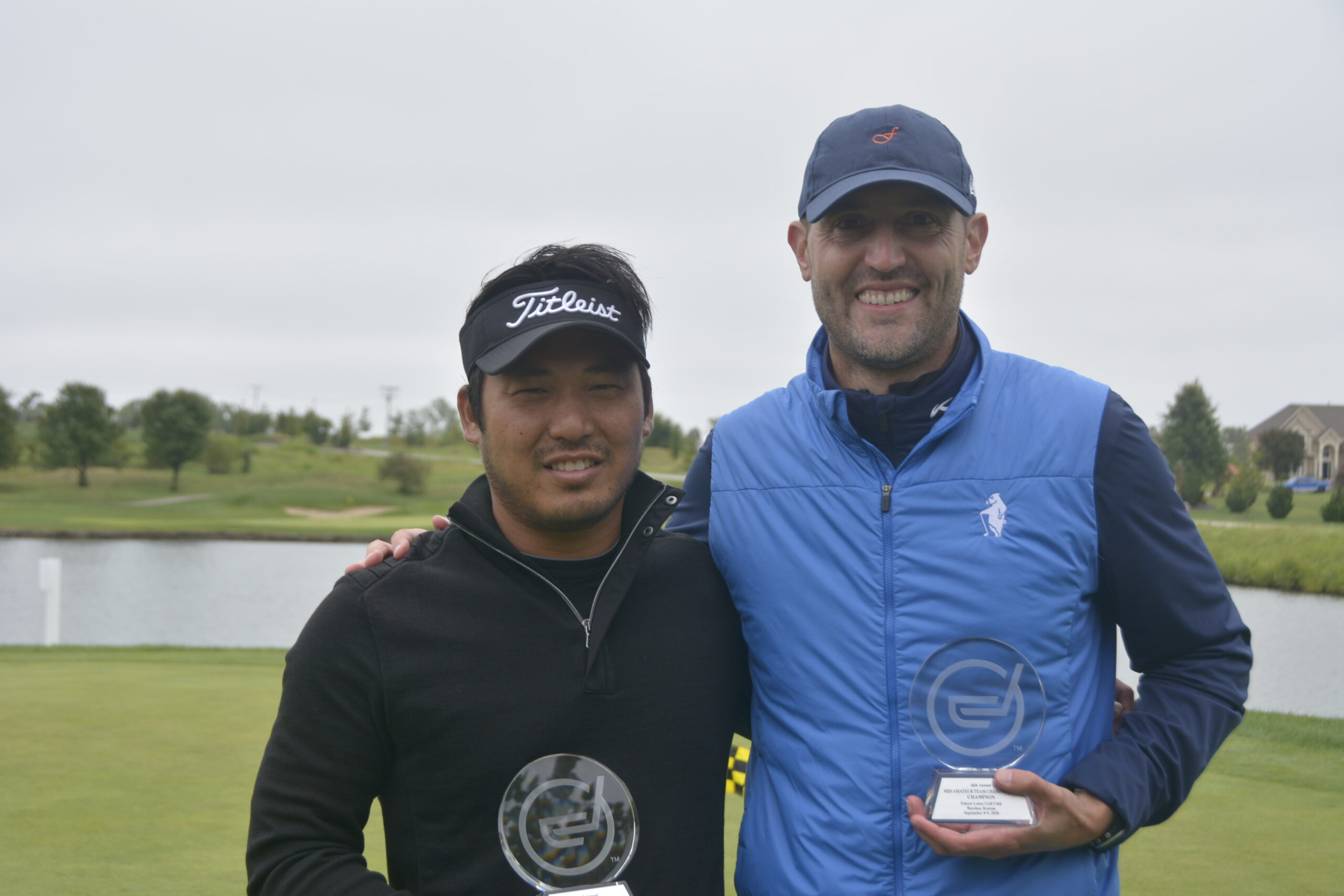 A full field of teams battled tough playing conditions on Tuesday and Wednesday at the 2020 Mid-Am Team & Senior Team Championships at Falcon Lakes Golf Club in Basehor.  Warm summer conditions gave way to cold, overcast and damp conditions during opening day of the championship and persisted until the final putt was holed at the 54-hole event.

In the Mid-Am Team, Overland Park’s Park Ulrich and Leawood’s Doug Albers teamed up for the first time and put together a dominating performance of the rest of the field of teams.  Ulrich and Albers finished at 18-under par which was good for a nine shot victory over the teams of Matt Kelley/Jordan Smith and Pete Krsnich/Tyler Chapman.

It was the third championship of the 2020 season for Ulrich who captured the 110th Kansas Amateur in July and the Heart of America Four-Ball last week with partner Davis Cooper.  It was the second time that Albers has won the Mid-Am Team.  He won the 2010 event with partner Jason Seeman.

In the Senior Team Championship, the Wichita duo of Tracy Chamberlin & Michael Holloway edged Brian Burris & Randy Vautravers by one shot.  Chamberlin/Holloway finished at 10-under par 206 for the 54-hole championship.

In the Super Senior Division, past champions Tom Bachelor & Gary Roles partnered up for an eight shot win.  Bachelor/Roles finished at 14-under par 202 total.  Greg Goode & Don Kuehn finished in second at 6-under par 210.

Thank you to the membership and staff at Falcon Lakes Golf Club for hosting the rescheduled 2020 championship.  We look forward to seeing everyone in Wichita in May 2021 for the Mid-Am Team & Senior Team Championship!